Inspired by the landscape of Shaanxi Province, Zaha Hadid Architects (ZHA) won a competition to design the Jinghe New City Culture & Art Center. Located in the burgeoning science and technology hub in northern Xi’ian, the building will house cultural and recreational facilities for residents. By winning the competition, ZHA added to its growing portfolio of contemporary architecture in China.

The complex features edgy lines that are both a ZHA signature and a nod to the surrounding landscape. The shape is meant to mimic the valleys carved by the Jinghe River through the mountains. This masterful design also allows the center to span eight traffic lanes, expanding its reach across the city.

In line with the metropolis’ existing urban plan, the design incorporates a new multimedia library, performing arts theatre, multifunctional halls, studios and exhibition galleries. These spaces are interconnected by elevated courtyards, gardens and walkways. The sprawling building will not only connect the commercial and residential areas of the city, but will also provide direct access to a planned subway station.

The media library, which features a full-height atrium, will include a variety of public reading areas, as well as terraces to enjoy the view. State-of-the-art, the library will include immersive virtual reality technologies alongside traditional print materials. The theatre, which seats 450 people, can be adapted for many different events. It will be surrounded by a multifunctional room, studios and galleries, and aims to be a space that encourages interdisciplinary collaborations.

True to form, ZHA has also paid particular attention to sustainability in its plans for the Jinghe New City Culture & Art Center. Solar panels, rainwater harvesting and the centre’s use of natural ventilation are all part of a plan to produce an efficient and environmentally friendly space. In addition, ZHA plans to prioritize locally produced materials with high recycled content to earn a 3-star certificate under China’s Green Building program. 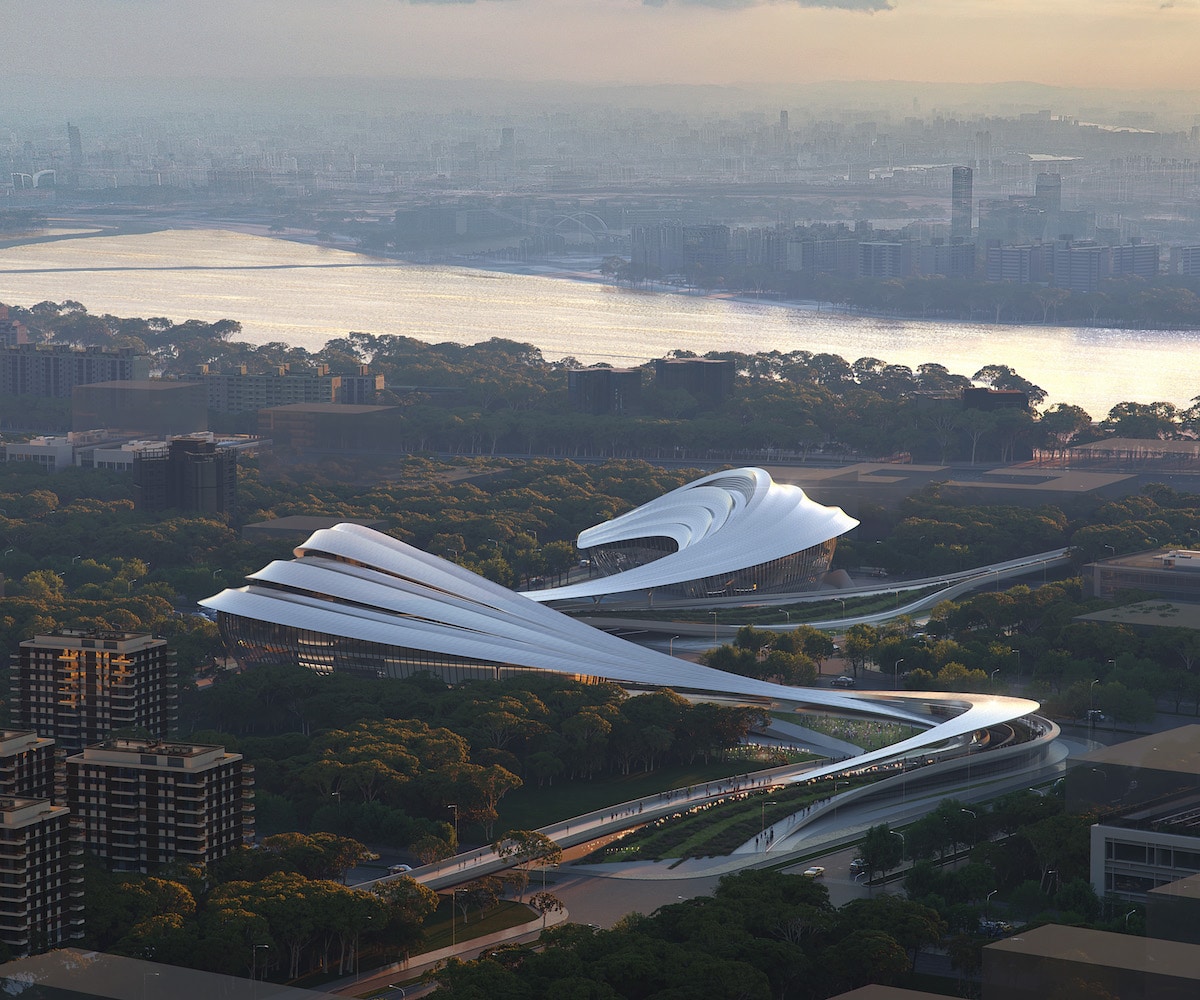 Its organic, curved design is based on the shape of the Jinghe River. 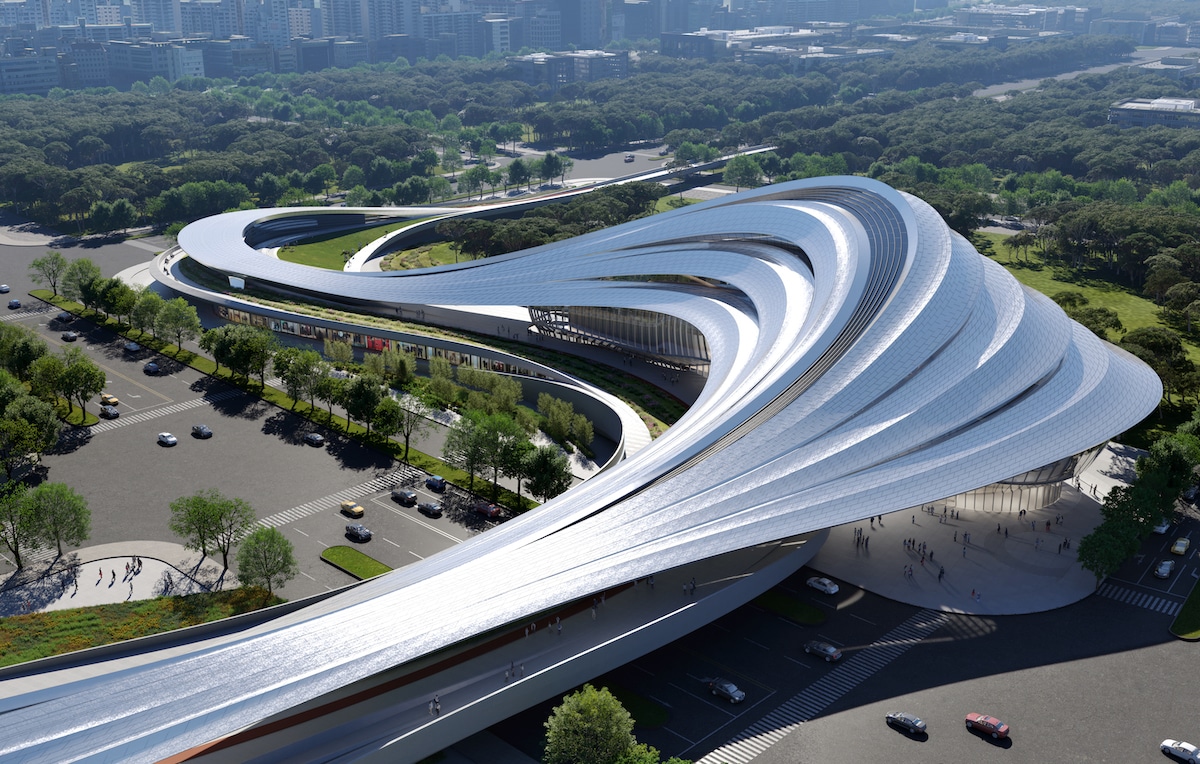 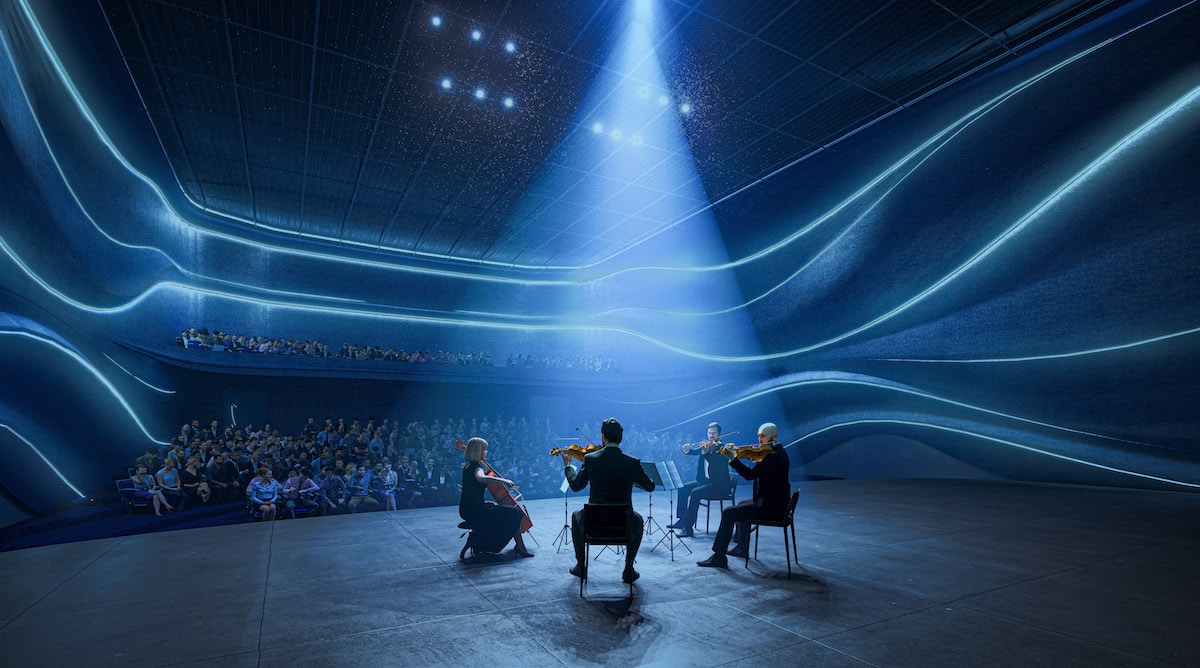 Rendered by ATCHAIN. All images via Zaha Hadid Architects.