The story behind studying game design at WPI

High school graduates interested in studying game design may wish to pursue an education in the field and gain hands-on experience coding, writing, and programming games. At PAX East in April, I had the pleasure of speaking with some of the students from the Interactive Media and Game Development program at Worcester Polytechnic Institute. I wanted to know more, so I reached out to the WPI team to dig deeper into what they do within the game development program.

I was able to speak with two current students, Justin Gaborit and Brendan Horack, as well as WPI’s Director of Interactive Media and Game Development Gillian Smith. They revealed how the university is working to prepare would-be developers and programmers for their potential roles in the games space, and gave me clearer insight into the priorities of people looking to break into this field after graduation. of their degree.

Inspiration to study game design can come from anywhere

Justin Gaborit is a student in WPI’s Interactive Media & Game Development program whom I met at PAX East in April. At the show, he presented a game he was working on: Tuber, an endless runner where you dodge obstacles and increase your score as you race through a tubular level with occasional biome changes, taking you from trees and greenery to spiky cacti in the desert. I had a blast playing Tuberand could tell very quickly that Gaborit had an eye for fun, engaging and accessible games.

“I really got into game design when I was younger because I was into role-playing games,” Gaborit said, referring to some of his favorites like Fallout 3 and Thief. “My dream job would be to work on a big role-playing game as a content designer or programmer.”

He has also contributed to other games such as Start of sortinga simulation developed in partnership with the Massachusetts Digital Games Institute and the Yale School of Medicine to help train paramedics and other first responders in mass casualty response, as well as Midnight Trialsa roguelike where you fight in a mystical dream world using deck building skills. 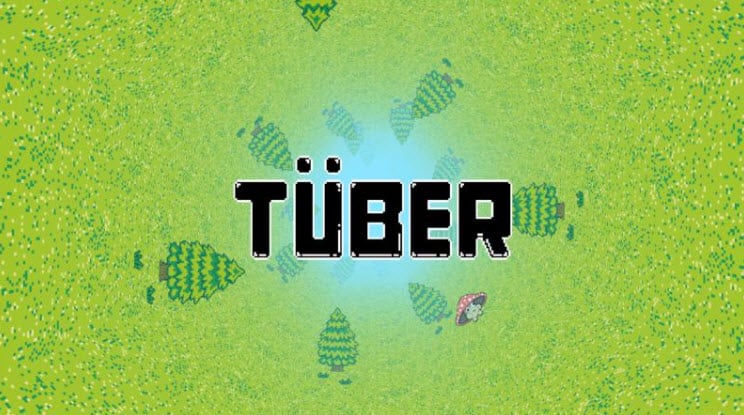 The other student I spoke with, Brendan Horack, also started on a programming track, but quickly moved into production when he realized his skills were better suited for this program. Horack’s goal is to work on games that resonate with their audience and have a lasting effect on the people who play them.

“My first game console was a Game Boy,” said Horack. “I like marioi think everyone likes mario. We had a Wii when it came out and one of my favorite games was Lego Star Wars. It was so cool to see two psychics that I loved meet. More recently, I’ve found a lot of fun in games like sea ​​of ​​thievesit’s probably my favorite game to play with friends.”

One of his first inspirations to embark on a video game career came from an unlikely but wholesome source: his grandfather.

“My grandfather sometimes cuts out news articles,” Horack said. “He cut an article about a Boston-based company that made gaming software focused on helping kids with ADHD. I thought there was potential for me to do something serious there- inside.”

Horack himself struggled with ADHD throughout his life, and he recognized how helpful games meant to help people with different conditions could be.

Both Horack and Gaborit display impressive talent and drive, with Horack’s LinkedIn profile describing himself as “competition-driven”. Yet even with the talent and resources of Worcester Polytechnic Institute behind them, the concept of impostor syndrome is something that still lingers in their minds.

Does impostor syndrome ever go away?

Each area creates some level of impostor syndrome: the feeling that you’re not qualified to do the job you’re actually doing, you’re just pretending. Anyone can experience it, and a healthy level of fear can help someone strive for continuous improvement in the career they hope to pursue.

“I go through impostor syndrome quite a bit,” said Horack. “At PAX East at the Made In Mass event, I spoke with a lot of great people in production jobs in the industry. I kept thinking, ‘Am I good enough?’ There’s a lot of existential fear when it comes to getting a job.”

On the production side, he doesn’t focus as much on the tangible elements of the games, but rather makes sure projects stay on track and meet deadlines. When asked what he would like to work on, he mentioned his dislike of projects built on the blockchain, but overall his response was simple and poignant.

“I want to work in games. As long as I can find that job and find a community to work with, I want to find a place where I can be happy. That being said, if Rare wants to offer me a job and I can continue to work sea ​​of ​​thievesI will do that.”

Gaborit had similar feelings about the type of work he wants to do and the priorities he has in mind as he nears graduation.

Preparing for a career in video game development

Gillian Smith, director of interactive media and game development at WPI, has worked in higher education for more than a decade and teaches computer science, artificial intelligence, new interfaces and introductory courses for non-professionals. -majors. She uses her experience and the team of teachers she manages to help prepare students for their future careers in the gaming space.

“Our faculty come from a wide variety of backgrounds,” Smith said. “Some have very academic backgrounds and some have basic industry experience – working on game production, writing games. Our career development center is the highest ranked in the country for job placement. career, and we run a number of workshops with our students.”

In April, WPI partnered with Rockstar Games for an Unpacking the Portfolio workshop. Experts helped students determine what kind of criteria to include in their portfolios based on what part of the gaming industry they wanted to enter. The university also hosts guest speakers and sends students to PAX East each year to network and run the booth.

“We showcase student games at our PAX East booth,” Smith said. “We send students out so they can represent WPI and represent themselves. They work in the booth for a few hours and then they’re free to roam the show and network with everyone.”

Speaking to Gillian, she explained how the Interactive Media and Game Development program is designed to help students discover which direction they want to go.

“Some students have a very narrow idea of ​​what the industry is like, thinking they’ll be working on games they play at home. We show them all the different types of jobs and the different skills they’ll need “, she said. “Some students graduate in game development and end up working in the tech industry, keeping gaming as a hobby or a side job.”

WPI is not the only university to offer a game development program, but it is a leading institution of higher learning with STEM programs that attract applicants from across the country and abroad. As the Class of 2022 just graduated and more students enter the workforce every day, it won’t be long before we see the next generation of game developers supporting the future of games. which we play. And if the time I’ve spent talking with WPI students and staff is any indication, it’s sure to be a very promising future.