The Oppo Reno7 series unveiled in November in China will begin its global journey on February 4, starting with India. The range consists of Reno7, Reno7 SE and Reno7 Pro. We know that the Pro model will launch in India, but the company has not confirmed whether it will bring both vanilla and SE versions to the Asian country or skip one.

As we await more confirmation on the number of Reno7 phones launching in India next week, Oppo has detailed the design process for the LDI technology that we will see on the global Reno7 series models.

LDI, which stands for Laser Direct Imaging, is used to design PCBs in the aerospace industry. And Oppo says its engineers worked for three years to reuse “aircraft-grade” LDI, which is used to create 1.2 million micro-etchings 20 microns wide on the surface of the smartphone’s rear panel.

The first step in the LDI process is to apply a layer of UV protection ink to the glass side facing the phone to prevent it from being chemically etched in later steps. This protective layer also improves the precision of laser engraving thanks to its light absorption properties.

After that, the opposite surface of the glass, which faces the users, is coated with a photoresist layer to create the desired star trail pattern on the Reno7 series which gives a “dynamic optical effect” when you see the phone from different angles.

Oppo also tells us a bit more about the camera module on the back panel of the phone. The island’s design is called Twin Moon Camera Design, with the upper half decorated in metal and the lower half covered in ceramic “to provide a contrasting yet premium experience.” 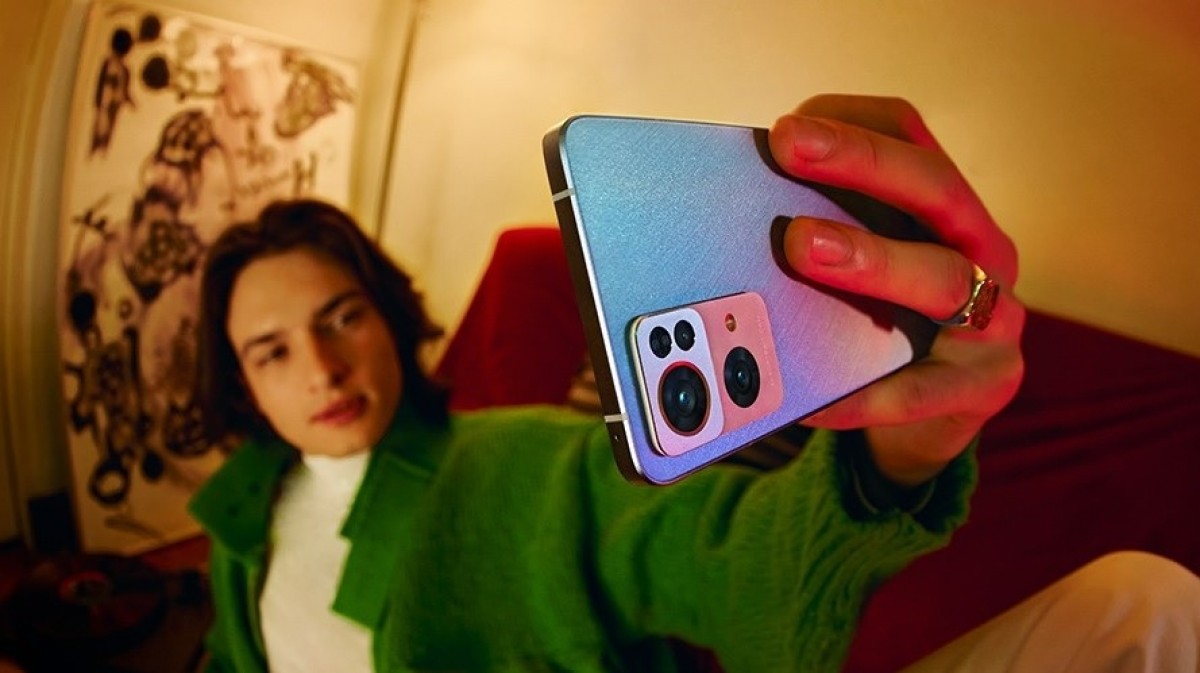 The phone maker also says the Reno7 Pro features a Zirconia color ceramic plated lens bezel, which is a first for the company. Zirconia has a hardness of 8.5 compared to 5.5 for stainless steel, and it is coated with another harder, slightly protruding film to protect the lens it surrounds, protecting it from scratches.

Also, the Reno7 Pro’s camera module is surrounded by breathing lights, where Oppo has used a 1mm diameter fiber that is bent to frame the camera area. This fiber emits soft, pulsating lights when the smartphone is charging or receives a call or message. 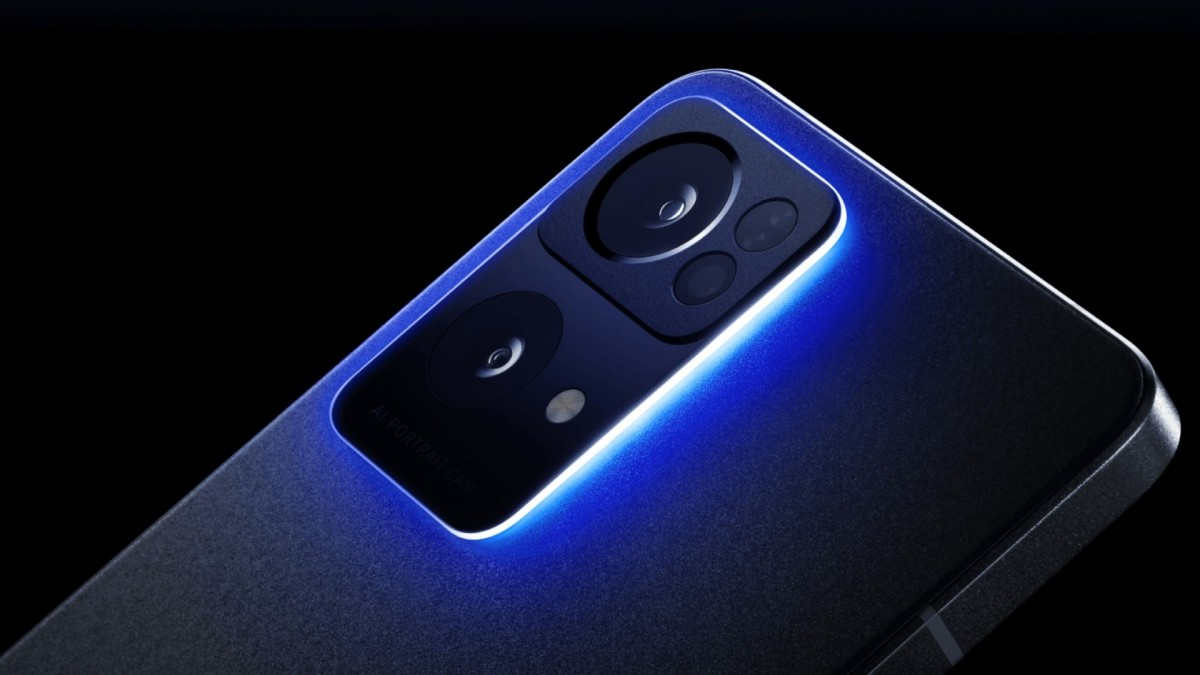 Oppo has also confirmed that the international Reno7 Pro will pack a 4,500 mAh battery like its Chinese counterpart. The smartphone will also have an aluminum frame and a 2.5D rounded design that is meant to fit comfortably in your hand. However, with those flat edges, it remains to be seen how comfortable the Reno7 Pro will be to hold. 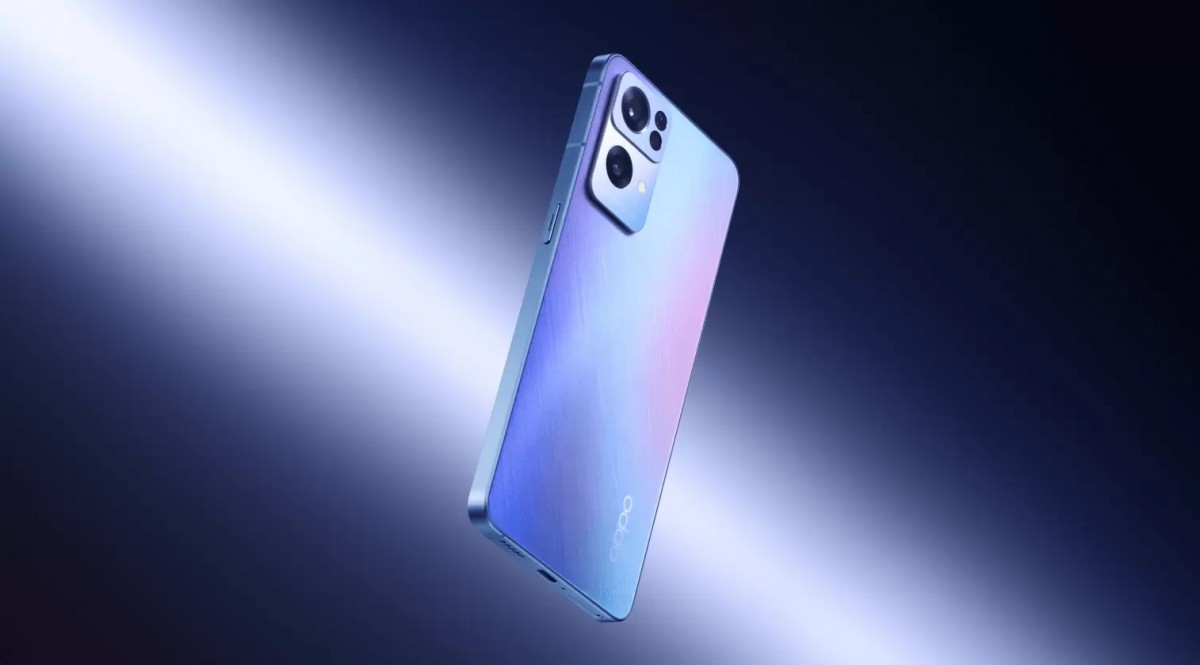 Oppo has yet to detail the Reno7 Pro’s overall spec sheet, but the company has already confirmed that it will come with the Dimensity 1200-MAX SoC, 65W charging, and Wireless PC Connect. The smartphone will be 7.45mm thick and will feature Sony’s IMX709 and IMX766 sensors.

While waiting for more details on the global launch of the Reno7 series next week, you can head over here to check out the detailed specs of the Reno7 lineup available in China.